Vents in the old laundry facility

Arches in the gardens

Beelitz-Heilstätten is an abandoned sanitarium and hospital complex just an hour outside of Berlin. Opened in 1902, it started as a tuberculosis sanitarium until WWI and WWII, when it was used to treat wounded soldiers. Its most famous resident, Adolf Hitler, spent months of his youth during WWI in its dorms and hospital.

From 1945 until 1995, Soviet forces occupied Beelitz-Heilstätten, even after Germany reunited in 1990, and it saw its total abandonment in 2000. Since then, the vast majority of its buildings have been retaken by nature and remained totally unused.

Exploring the complex, you will find residence halls, recreation buildings, hospitals and surgery centers, laundry and kitchen facilities, an old theater-style classroom and more. The whole place is covered with graffiti, overgrowth, broken glass, peeling wallpaper – all the signs of decay. Many of the buildings’ doors and windows are left wide-open, just asking for visitors. 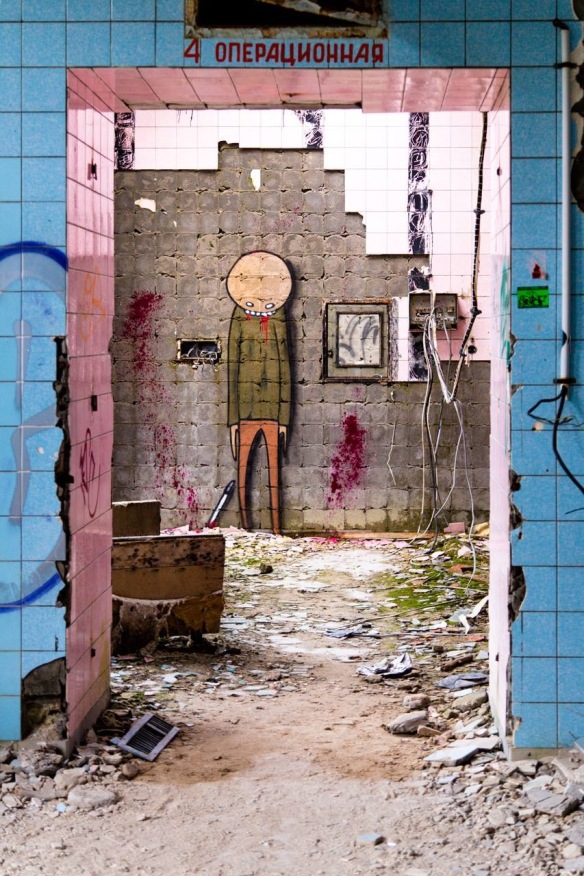 Blue paint peeling off the walls of an old grand staircase

Others, like the men’s pavilion, have been boarded up extensively. We circled the building multiple times, testing out wooden windows and other cracks before finding a loose opening into the basement. Skeptical, we wandered into a short maze of darkness and pipes, crouching all the way.

We made our way through the basement for 15 eerily quiet minutes, thinking it may not be connected to the main building, before finally finding a staircase leading to a communist-era Russian gym, old slogans and icons painted on its walls.

Statue of communist soldier in front of the Men’s Pavilion 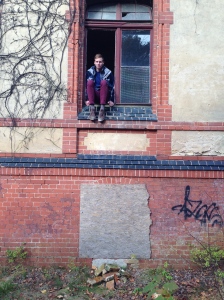 Jumping out of the window

We spent most of the day without seeing anyone else – it wasn’t until we made our way to the women’s tuberculosis treatment quadrant that we found a few other explorers and photographers making their way through (the place is split into four quadrants with the town’s metro stop at the center).

At one point we walked across a clear sidewalk towards the largest hospital building. On our return, a padlock on one of the buildings had been unlocked and outside the door was a sack of flour. We assumed that it must have been some sort of caretaker going in if he or she could open the lock. It wasn’t long before we realized the use of the flour: giant symbols, including a swastika, had been drawn on the sidewalk with flour. I kicked around the flour forming the swastika, making it unrecognizable before we got out of there. 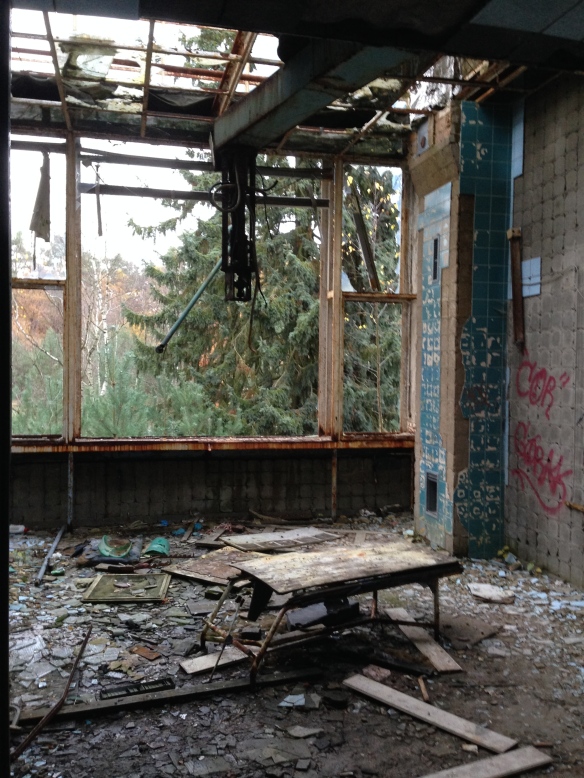 As if Beelitz-Heilstätten wasn’t creepy on its own, it was the site of several murders, the most recent being only six years ago. 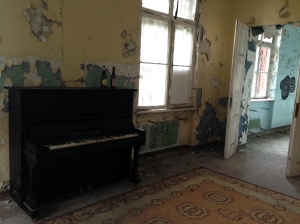 An old piano with no strings

After six hours of urban exploration at its finest – crouching through cracks, jumping out of windows, even falling through chair risers in a classroom – the three of us left as darkness fell. We wouldn’t want to be there in the cold, dark night. 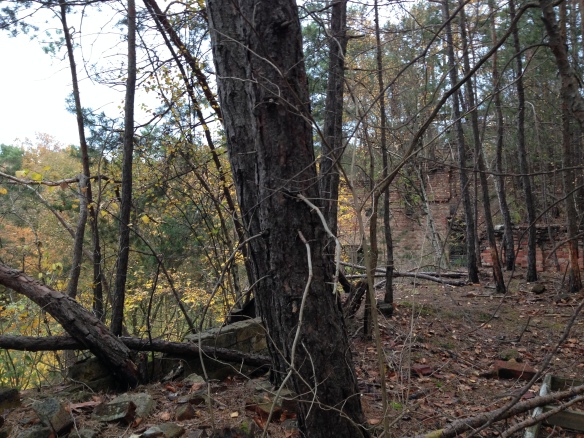 What looks like a forest is really the roof of a five story concrete building, taken over by nature.

This graffiti seems to be framed by an old window frame. 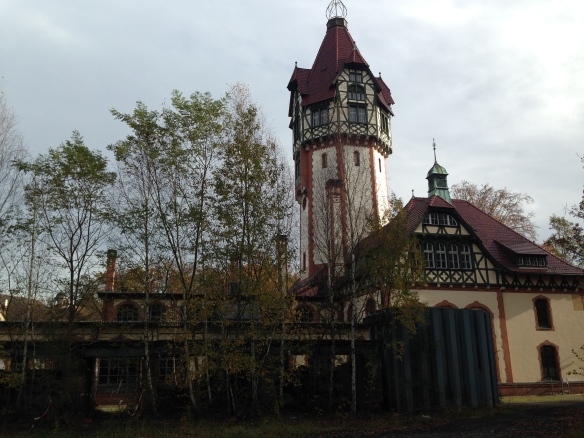 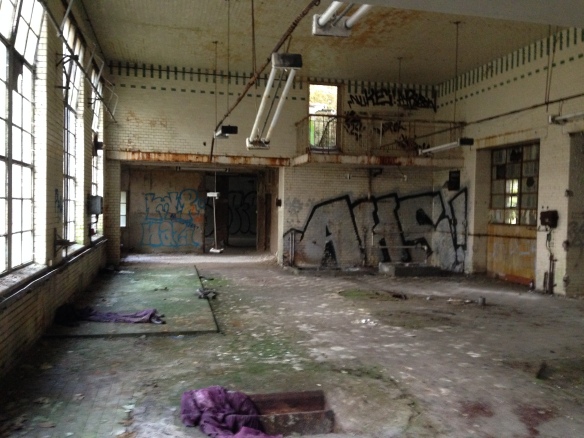 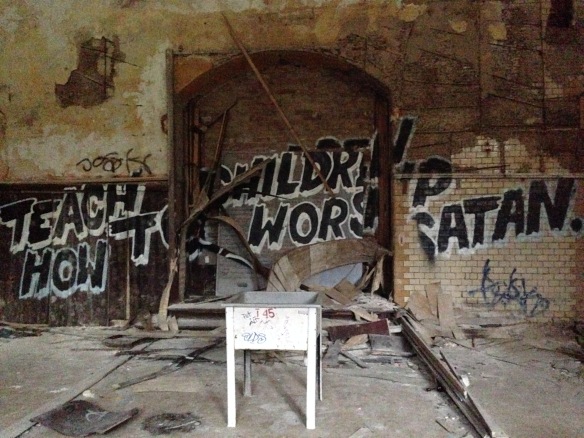 The wall of an old classroom/theater