This past weekend was my first in DC – and lucky for me, it was also the week of Capital Pride! 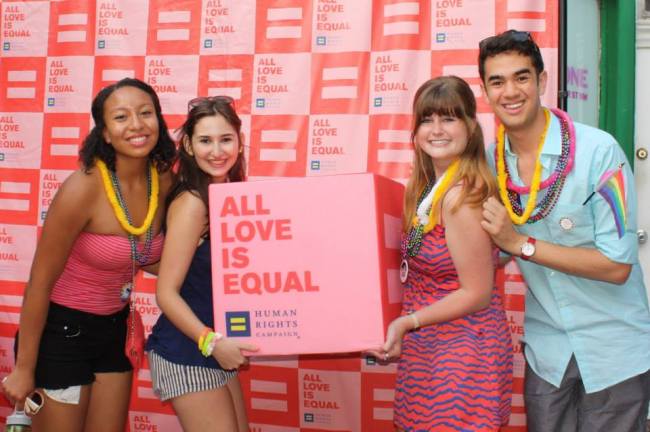 New friends and me at Pride!

I arrived in DC at 3:00 am on Friday night (or Saturday morning) and already started making friends. My friend Katie from Little Rock was hosting me for the first two nights before I could move into my dorm, and her roommate ended up being friends with my friend Jacob from NU! 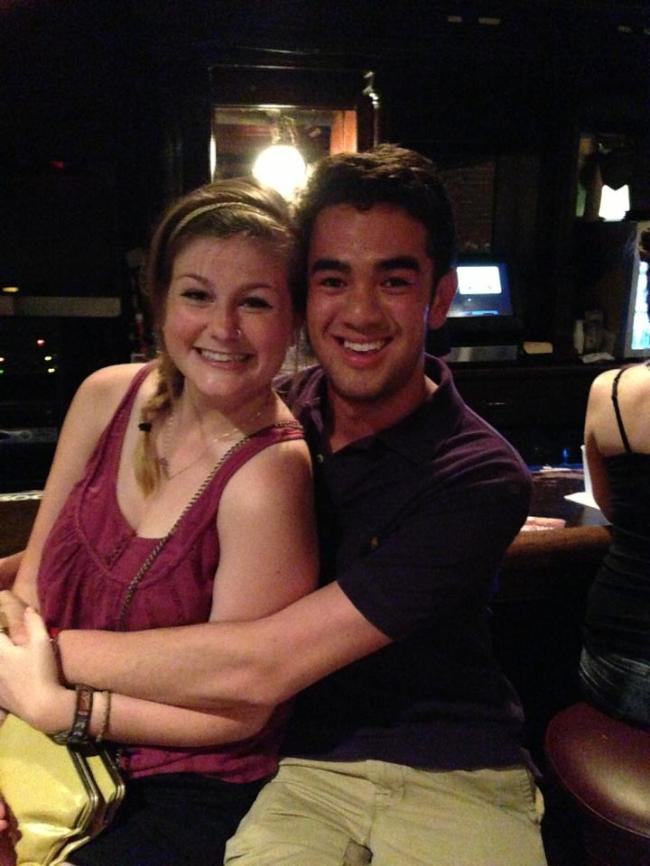 Katie and me at The Sign of the Whale.

Saturday’s main agenda was the Pride parade, but first I got to reunite with one of my best friends from abroad, Abby, over lunch. We’re really excited about the summer together – how lucky that we get to pick things right back up! After our lunch, I left with Katie and some new friends to meet up with the HRC interns at the parade. 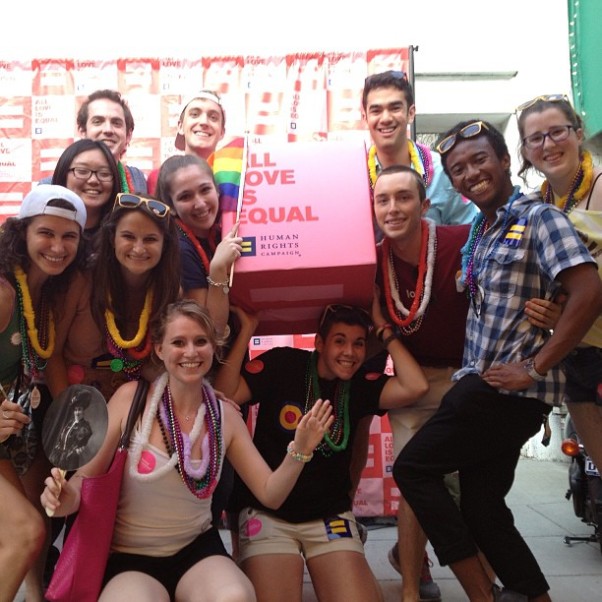 The HRC interns at Pride!

The Pride parade was a lot more moving than I thought it would be (in addition to being colorful and fun). There were families, children and elementary school groups marching, which really inspired me. I certainly wasn’t thinking about these things when I was that young. My first experiences with the word “gay” came from kids making fun of anyone wearing a GAP shirt (to 8 year olds, it meant “gay and proud”). It was the ultimate insult to be “GAP” back then, which is pretty crazy to me now. It means a lot to me that these kids are growing up thinking that being LBGT is normal. It reminded me of one of my new favorite quotes: “heterosexuality isn’t normal; it’s just common.”

It was also very heartwarming to see the number of Christian groups walking. A lot of times, Christianity is unfairly associated with homophobia, but these groups brought out the fact that it is a religion based on love. There was even a Mormons for Marriage Equality group that gave out “I hugged a Mormon today” stickers!

The parade lasted for three hours, and although my feet started to hurt, my heart was constantly full of joy. It was an incredibly supportive, diverse and loving celebration. Anyone could be who he wanted to be and feel loved for it.

Later that night, we all went out to this fun club called Black Cat that has a monthly party called Mixtape. It was really, really fun – I hadn’t gone out dancing since London!

On Sunday, I met up with some of the HRC interns (whom I love!) at the Capital Pride festival, where we saw Icona Pop. I’d only heard a couple of their songs, but I got home and downloaded their CD afterwards. They’re really fun! 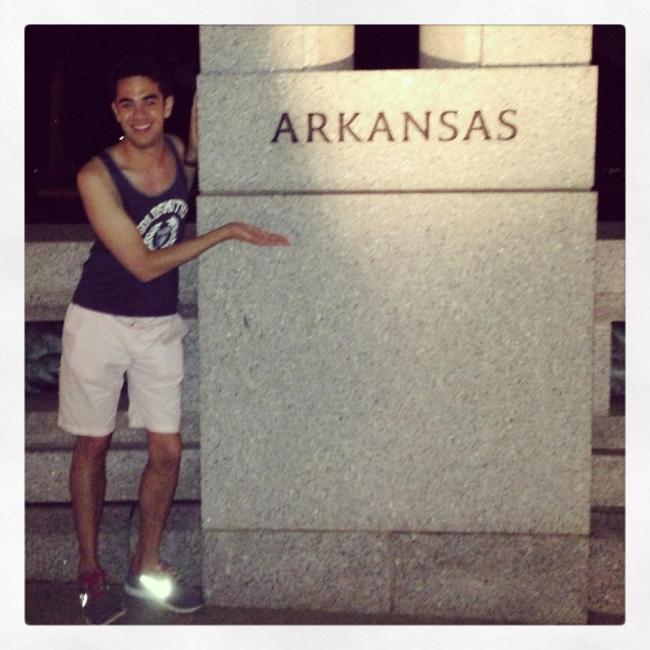 A little slice of home in DC!

I ended my night on a monument tour with Abby. I can’t believe my midnight strolls can include the Washington Monument, Lincoln Memorial and a bunch of other historic monuments! I can tell that will be the first of many walks to the National Mall. Gazing over the reflecting pool, Abby and I reminisced on our time in London, caught up on each other’s semesters and most importantly, got excited for the endless possibilities of a summer in DC.

It’s going to be a great summer. 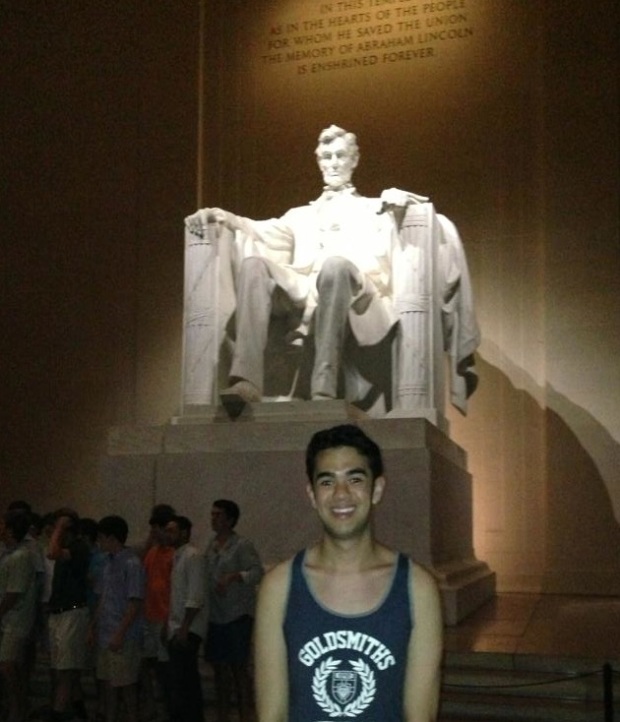 Me at the Lincoln Memorial on my National Mall stroll with Abby!